Spatial Drifts extends the Central Court architecture recorded and re-configured to form new parallel experiences of the space as sculpture, moving image and performance. In 2017 while Leeds Art Gallery was in a period of transition and closed for renovation, fragments of the changing fabric of the building during the stages of uncovering the Central Court were recorded using series of mixed media tools and systems.

Spatial Drifts presents the re-situated works in the Central Court at Leeds Art Gallery produced from this process form new connections between past, present and possible future versions of the space. 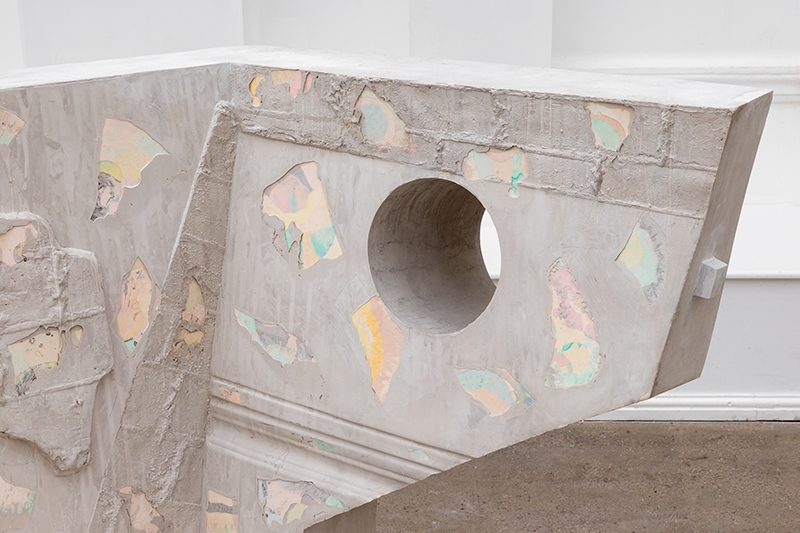